Have you been sexually or physically abused by a Superior or Fellow Officer or any other member of the Defence force?

Wyatts Compensation Lawyers take great care to represent victims of institutional abuse, helping survivors receive the abuse compensation they deserve. We work hard to build a safe, non-judgmental environment and we listen to our clients and treat them with care and respect. Our sexual assault lawyers believe and genuinely care about getting the best possible outcome for every case.

When sexual and/or physical assault occurs within the Defence Force, it often has a lasting impact on survivors, including mental health problems, suicidal tendencies, post-traumatic stress, chronic anxiety, hyper-vigilance and flashbacks.

Due to the hierarchical nature of the Defence Force, it’s not uncommon for a perpetrator to use their position of authority to coerce a victim or even ‘groom’ them, by working to gain their trust in preparation for the violation. 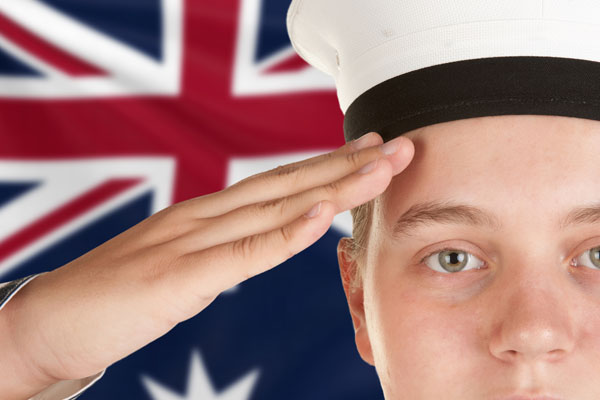 Junior recruits have often been victims to such behaviour, as revealed in both the Royal Commission into Institutional Responses to Child Sexual Abuse and the Defence Abuse Response Taskforce (DART), which both reported widespread abuse at HMAS Leeuwin  between 1960 and the 1980s. Those who have experienced sexual assault and physical abuse within the Defence Force may feel confused, angry, afraid and even guilty, due to the nature of the misuse of authority. Call Wyatts. We can help.

Many survivors of this kind of abuse are led to believe that it’s their fault, that they allowed the abuse to take place. Here at Wyatts, our sexual assault lawyers are passionate about bringing you the justice and compensation you deserve. We will bring your claims to trial and will work to communicate this very important message to you: ‘It wasn’t your fault.’ Our lawyers will speak on your behalf, seeking justice for you and for others in a similar situation.

There’s often a shroud of secrecy and even shame, around the events and situation pertaining to sexual abuse and physical assault within the Defence Force. Survivors may have even received threats from a perpetrator, warning them not to tell anyone about the abuse and threatening violence or other consequences if authorities are alerted. We understand that this can be a difficult hurdle and that survivors of abuse are often concerned that their story won’t be believed, when told in opposition to one who is in authority. This is why our sexual abuse lawyers work with our clients in a personal way, building trust and a safe environment, where the survivor is able to feel safe, disclosing details about the abuse.

There are many different types of sexual abuse and these may occur once or multiple times. Sexual abuse may include but is not limited to molestation, rape, violence or any other type of non-consensual sexual contact.

Here at Wyatts, we will fight on your behalf, bringing your claim for institutional abuse compensation to the courts, while approaching the client with compassion and sensitivity and with an understanding that each individual case requires a personalised approach. Our sexual assault lawyers genuinely care for the survivors of such abuse and desire to see survivors receive the compensation and justice they deserve. We work hard to ensure perpetrators and those who may have sought to hide the abuse, are brought to justice.

At Wyatts Compensation Lawyers, we have handled a large and increasing amount of sexual abuse cases over many years and unfortunately, a number of these assaults have happened within the Defence Force.

Sexual and physical abuse are violations of a person’s right to safety and protection and is a crime under Australian law. If you or someone you know has experienced physical or sexual abuse by someone in authority, within the Defence Force, you may be able to claim institutional abuse compensation.

Contact us today. We are ready to fight for the compensation you deserve.