Have you been sexually or physically abused by a Police Officer, Detective, Sherriff or any other member of the police force?

If you have ever experienced sexual abuse or physical assault by a member of the police force, it’s important that you come forward and seek compensation. Our sexual assault lawyers will work hard to ensure you receive the institutional abuse compensation you deserve.

It can be difficult to disclose the events surrounding sexual abuse or physical assault within the police force as there is often a fear of the perpetrator and of consequences threatened, if the assault is reported. The sense of self-blame and shame which often accompanies this kind of abuse can also hinder a survivor of institututional abuse in coming forward. 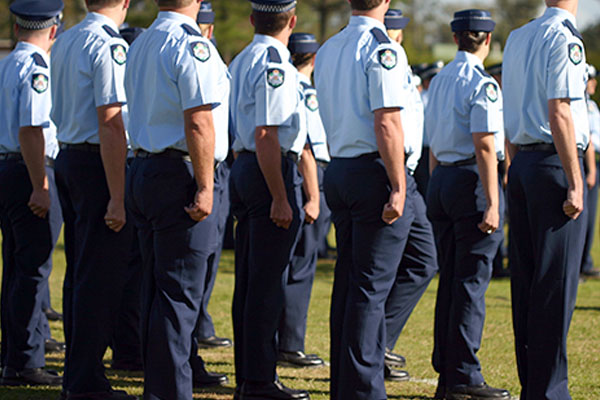 When someone in a position of trust becomes sexually or physically abusive, victims often doubt that others will believe them, if they choose to report the abuse. Our sexual assault lawyers understand this and work hard to create a safe environment where those who have been sexually abused are able to speak openly and disclose details of the situation, without fear of retribution.

Under the banner of sexual abuse are many different types of abuse, including violence, molestation, rape and any other form of non-consensual sexual contact and behaviour. These behaviours may have happened once, or on multiple occasions.

Laws have recently changed to assist victims of child sexual abuse, to remove some of the legal impediments that previously prevented such claims.

At Wyatts Compensation Lawyers, we understand that abuse survivors often sustain psychological and physical injuries from institutional sexual abuse and physical assault and that these can be traumatic and debilitating. Such injuries place survivors at a higher level of risk of mental health problems including suicidal thoughts, chronic anxiety and post-traumatic stress, flashbacks and hyper-vigilance which can have life-long financial, relational and emotional consequences for both the survivor and their loved-ones. As such, it’s imperative that institutional abuse compensation is sought.

As sexual assault lawyers, we can pursue your claim on your behalf. We approach each case with compassion and sensitivity. Our lawyers have a thorough understanding of sexual assault laws and of the intricacies of sexual assault claims. We are passionate about seeking justice and compensation for abuse survivors, making sure that perpetrators and those who’ve sought to cover up the abuse, are brought to justice.

We listen because we care about each individual and we are ready to fight for you in court, to ensure you receive the compensation you deserve.

Despite common misunderstandings, many historical sexual abuse cases result in successful compensation claims, including some which are over 30 years old. At Wyatts, we’ve represented a large and increasing amount of sexual abuse cases over many years. Unfortunately, many of these cases have included survivors of sexual abuse and physical assault perpetrated by those within the police force.

When you’re speaking to authorities about the abusive situation, it’s important that you know your rights when making a claim against an institution or individuals. Abuse is a direct violation of a person’s right to protection and safety. Sexual abuse and physical assault are criminal acts under Australian law and those who have experienced these may be eligible to claim institutional abuse compensation.

If you or someone you know has been physically or sexually abused by a member of the police force, or if you need legal advice, please contact us. We’re ready to fight your battle in court.